Molecular model of restoration of cognition in aging with NMN

Molecular model of restoration of cognition in aging with NMN 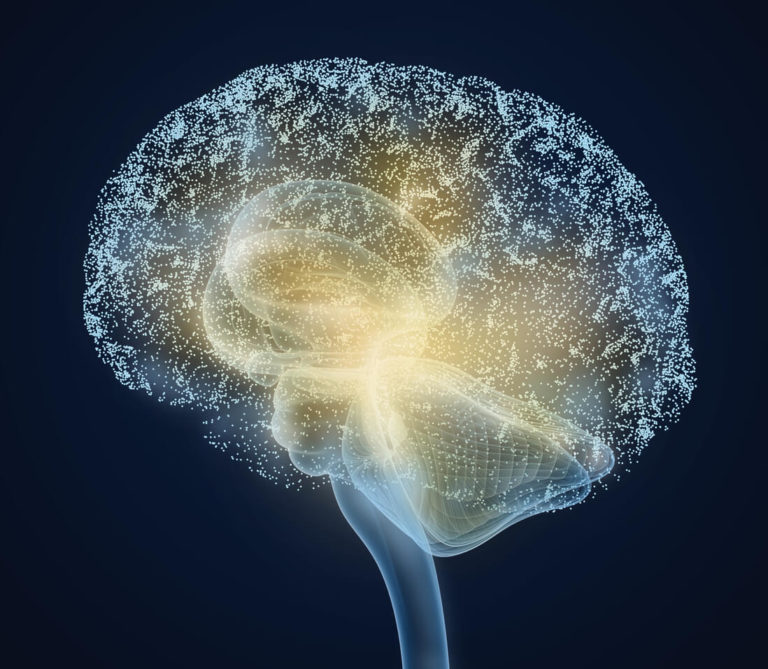 Finding ways to address age-related, cognitive health issues for improving quality of life has become important.  The aging population presents as a growing concern worldwide. In the United States, researchers expect the proportion of the population aged 65 years or older to be above 20%, at 83 million people, by 2050.5,8  Twenty-two percent of people over the age of 71 in the United States have cognitive impairment.5,8  Mental disorders, such as anxiety disorders, affect 10-20% of older adults, placing significant financial burdens on individuals and the healthcare system.2,5,6

A growing consensus continues to develop among scientists: nicotinamide adenine dinucleotide (NAD+) is essential for the functioning of tissues and organs.1,5,12  As aging progresses, levels of NAD+ decline significantly in the brain, particularly in a region called the ‘hippocampus.’5,12  The scientists believe the decreasing NAD+ levels associated with aging stem from a decrease in NAMPT, a key enzyme in NAD+ biosynthesis in mammals.1,5,12  In the biosynthesis of NAD+, NAMPT converts nicotinamide to NMN.  Enzymes termed ‘NMNATs’ then convert NMN to NAD+ in biosynthesis reactions.5

The scientists want to find whether NMN supplementation can restore cognitive function in mice with symptoms of age-related cognitive dysfunction.  Previously, studies demonstrate 12-month-long supplementation of NMN in normal mice can effectively reduce age-related decline.5,7  This research implicates NMN as a possible preventive, anti-aging intervention.5  Previous studies also indicate NAMPT in the brain is essential for cognitive and behavioral functions.10,11  The scientists study mice lacking Nampt in the front of the brain (forebrain).  They also study mice lacking Nampt in a region of the brain involved in learning and memory (hippocampus) to measure whether these mice display behavior similar to mice with age-related cognitive dysfunction.

Results of the study indicate NAD+ levels decrease in the brains of mice in the hippocampus with age (see image above).  The scientists examine whether cognitive and behavioral impairments associate with this NAD+ decrease. The scientists give a battery of cognitive and behavioral analyses for 2- and 20-month old mice.  In addition, another cohort of 20-monh-old mice with NMN treatment (300 mg/kg/day) for approximately three weeks receives evaluation from the group. In previous studies, NMN supplementation improves reductions in NAD+ from lowered NAMPT levels in older mice.5,12  The group’s data demonstrate NMN administration significantly improves NAD+ levels in old mice.

The group runs the behavior and learning and memory capabilities tests.  Three groups tested include young mice, old mice, and old mice treated with NMN.   Movement tests (locomotor batteries) indicate young mice perform better compared to old mice with and without NMN treatment.  The scientists measure spatial learning and memory capabilities with a task called the ‘Morris water maze,’ where mice need to locate and remember where to find an escape platform in a pool of water.  In the ‘Morris water maze’ task, the young mice swim the fastest; and the NMN-treated old mice swim significantly faster compared to old mice without NMN treatment.

After ‘Morris water maze’ testing, the scientists assess the mice in a conditioned fear procedure.  In the procedure, the scientists pair a tone to foot shock so the animals would associate the tone with a foot shock in subsequent testing sessions.  When presented with the tone, the mice would display ‘freezing behavior,’ indicating fear of the foot shock. The data demonstrate a heightened sensitivity to general experimental procedures following foot shock exposure in the two older groups.  NMN administration partially alleviates the heightened behavioral sensitivity. As the scientists of this study say, “Thus, we propose to use the term cognitive hypersensitivity in characterizing age-related changes in sensory processing and emotionality, and these changes can be partially ameliorated by NMN supplementation in old mice.”5

Previous studies demonstrate reducing Nampt enzyme activity with a Nampt inhibitor, FK866, or reductions in Nampt expression with ‘small interfering RNA knockdown’ dramatically reduces NAD+ levels in cells.3,5,10  Because Nampt expression and NAD+ levels decrease in the hippocampus of the brain during the course of aging, the group of scientists proposes (hypothesizes) they can make a mouse model with cognitive characteristics observed in old mice by reducing Nampt expression.  The group also hypothesizes region-specific reductions of NAD+ levels, localized to the hippocampus.

The scientists then treat hippocampal neurons from the mice with FK866, an agent known to reduce NAD+ levels, in order to find genes responding to reduced hippocampal NAD+ levels.  To find which genes respond to reduced NAD+ levels, the group performs a ‘miroarray analysis,’ which identifies a gene called ‘Cask.’  The gene, Cask, has previously associated with X-linked mental retardation and autism spectrum disorders.4,5  Cask expression is reduced with FK866 treatment and restored with NMN treatment following FK866 exposure (see image above).  The authors say, “Therefore, Cask expression is regulated in an NAD+-dependent manner, and its age-associated reduction can be restored by NMN supplementation in vivo.”

NAD+ contributes to the proper functioning of sirtuins, which regulate hippocampal functions like learning and memory.  Genetics data from this study indicate Cask expression depends on signaling from NAD+ and a sirtuin protein (SIRT1).  As the authors note, “Taken together, Cask expression appears to be regulated in an NAD+/Sirt1-dependent manner, and it is most likely that age-associated NAD+ reduction causes the downregulation of Cask expression, possibly contributing to the age-associated changes in hippocampal cognitive functions.”5

The results of the study present new, interesting insight into cellular mechanisms underlying age-associated cognitive decline.  As the figure above presents, the scientists propose a cellular model whereby NMN treatment may partially improve cognitive hypersensitivity symptoms in old mice.  The model from the group says aging decreases expression levels of NAMPT, an enzyme converting nicotinamide to NMN. Reduced expression levels of NAMPT and NMN decrease NAD+ biosynthesis.  Reduced levels of NAD+ decrease sirtuin activity, which reduces CASK expression. The scenario presented induces cognitive hypersensitivity, according to the model. Insight into age-related cognitive decline becomes more important as the population ages in the US and other countries worldwide.  Scientists need to conduct further research to find whether NMN administration can mitigate effects of age-related cognitive impairment.