Very pure Nicotinamide Mononucleotide (NMN) is available as a supplement but scientists are still learning about the way in which it is absorbed utilized and excreted by our bodies. 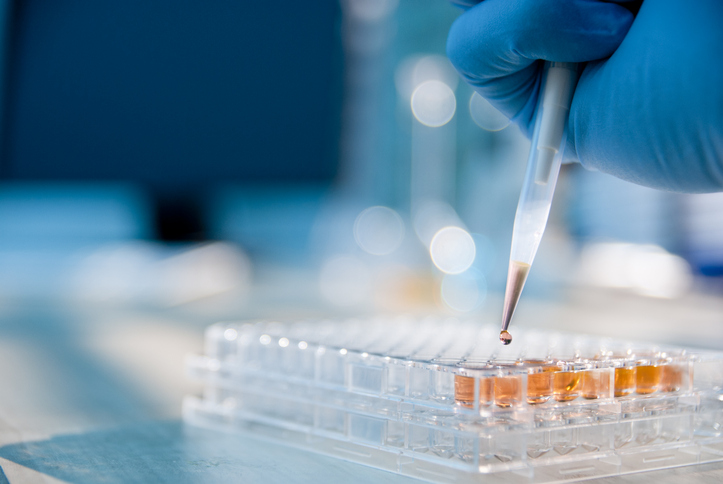 Very pure Nicotinamide Mononucleotide (NMN)  is available as a supplement but scientists are still learning about the way in which it is absorbed utilized and excreted by our bodies. NMN is the precursor to a very important coenzyme, Nicotinamide Adenine Dinucleotide (NAD). NMN is thought to boost NAD levels, with some proposed benefits to cellular health. This describes pharmacodynamics, the way the body responds to a substance. A lot is known about the pharmacodynamics of NMN. Precious little is known about NMN’s pharmacokinetics, the way it moves through the body from start to finish 1. Scientists continue to elucidate the pharmacokinetics of NMN by studying the mechanism of membrane transport, determining the relative effectiveness of NMN in various tissues and measuring the effectiveness of NAD-boosting properties via metabolic flux.

The way NMN is absorbed is a topic of fervent research. Previous studies have suggested that supplements NMN must be cleaved extracellularly before they can be imported into cells. This has shown to not be the case for some cell types in the gut and tumor cells 2,6. Determining the amount of and speed at which NMN is absorbed into cells will be an important step in characterizing its therapeutic potential7.

David Sinclair, Harvard professor, notably said “You could argue NAD+ is the most important molecule in the body, maybe with the exception of ATP. But without either of them, you’re dead in about 30 seconds.” 10

Furthermore, low concentrations of NAD+ are associated with age-related disease. NMN’s NAD-boosting properties have “been studied extensively over the past several years” and shows therapeutic potential, but there is much to uncover as scientists are still discovering the mechanism of  NMN transport across cell membranes 7.

Transportation across cell membranes is vital to the discussion of NMN’s effectiveness as a supplement. This is because the mechanism of absorption and distribution is still being defined. There are two main theories of the way NMN is transported across cell membranes, into cells. The older theory, which predates the discovery of the Slc12a8 transporter, says that NMN must be metabolized before it can enter cells. There is growing evidence of a pathway where NMN can be absorbed fully intact. Yet, it’s uncertain if NMN must remain intact to boost NAD+  because metabolism by the liver often makes substances more bioavailable8.

Figure 1. Uptake and degradation of NMN

Knowing bioavailability is critical for recommending a daily dose. If a substance is more bioavailable, then it is considered more ‘potent’ and a smaller dose is necessary. Some studies suggest taking large amounts of NMN. One study suggests twice daily NMN (500mg/ kg of body weight) has life long benefits in rodents, but for a 150lb human, this would be 68 grams per day11. That would be quite a large pill to swallow and could potentially irritate the stomach, but there aren’t any reported side effects. In early human trials, no side effects have been reported even at high-doses of NMN.

In order to minimize side effects, scientists must establish the smallest amount of NMN necessary to give the desired effects. Without knowing the pharmacokinetics of NMN it will not be possible to determine the most appropriate dose. Future clinical studies will decide an appropriate dose, but this requires knowing the likelihood NMN will ‘stick around’ in the body. One way to measure this is ‘half-life’.  Half-life is the time it takes for a substance to be absorbed fully and then decline to half of its maximum concentration. Half-life is used to calculate the amount of a substance in the body at any given time. Half-life is valuable for creating dosage schedules that best maintain optimal concentration.

Determining optimal concentration is difficult without knowing the speed of conversion. Conversion or ‘turn over’ is the rate at which a substance is converted into something else. Nmn is converted to NAD in the body. Ideally, a supplement user would take as little NMN as necessary to yield targeted effects. NMN has a variety of effects in different tissues because the body  ‘compartmentalizes’ it’s concentration, meaning that certain tissues will have a higher concentration than others.

Compartmentalization, a variation in local concentration, results in a variety of effects. The way NMN is administered, delivery method,  impacts compartmentalization. NMN supplements can be swallowed (oral delivery), held in the mouth (sublingual delivery), or injected (intravenous a.k.a. IV drip). The pros and cons of NMN delivery are still debated. Delivery methods for NMN could be leveraged to control local concentration, and thus target desirable effects.

Targeting an effect in specific organs or tissues could be possible by predicting distribution patterns. Although some might supplement for alleviating a specific concern, the distribution of NMN throughout the whole body could have widespread effects. The choice between  ‘eternal’(through the gut aka Gastrointestinal tract or G.I.) or ‘parenteral’ (injected into the veins, injected into muscles, injected under the skin, absorbed under the tongue, applied on top of the skin or inhaled) comes down to if NMN needs to be fully intact 1. Targeting a certain organ might require careful selection of the ‘delivery’ method.

One example of how delivery methods impact target utilization is the use of oral NMN for studies of liver metabolism. It was found that orally administered NMN is rapidly absorbed and converted to NAD+ in peripheral organs such as liver 5. Oral supplementation might affect fatty liver more than other delivery methods. ‘This is because eternal delivery enters ‘portal circulation’, and is carried straight to the liver.

First pass metabolism of NMN might also be a good thing if targeting the brain. Some experiments show NMN improves symptoms of cognitive diseases. The specifics of how NMN is transported to the brain is yet another question scientists are soon to uncover12. One theory is that NAD is boosted in the brain when NMN is metabolized by the liver. Only some molecules can cross the blood-brain barrier. These molecules must be small and polar. Metabolism in the liver converts NMN to nicotinamide, a smaller molecule that is more likely to enter the brain.   By carefully choosing a delivery method, scientists might one day be able to control NMN’s utilization in some tissues more than others.

NMN utilization is studied by scientists via radioisotope experiments. Radioisotope experiments measure ‘flux’. Flux not only takes into account the concentration of NAD, but also the speed at which NAD is produced and used. Higher concentrations of NAD are seen in youth and NAD levels drop in old age. This suggests that that higher NAD concentration would be ‘healthier’. However, this is not necessarily true. Not only does a high level of NAD need to be produced, but it must also be used effectively to have benefits.  Flux measures production and utilization, not just concentration.

Measuring flux is similar to measuring traffic on a highway. It’s important to know the speed of cars, not just the number of cars on the road. To determine if NMN is an effective supplement, scientists must know how quickly NAD is produced as well as how quickly it is used.  Using flux, the relative effectiveness of NMN in different parts of the body can be measured3,4.

Lastly, Excretion of NMN is yet another gap in science’s understanding of NMN pharmacokinetics. Data collected from blood and urine showed that intraperitoneally administered NMN appears to be retained within the body longer than nicotinamide (Kawamura et al., 2016) which is to say that NMN is stable and does not seem to be easily excreted. There are no known consequences for this lack of excretion and it could be a good sign that NMN is fully utilized although more research would surely advantage the scientific community.