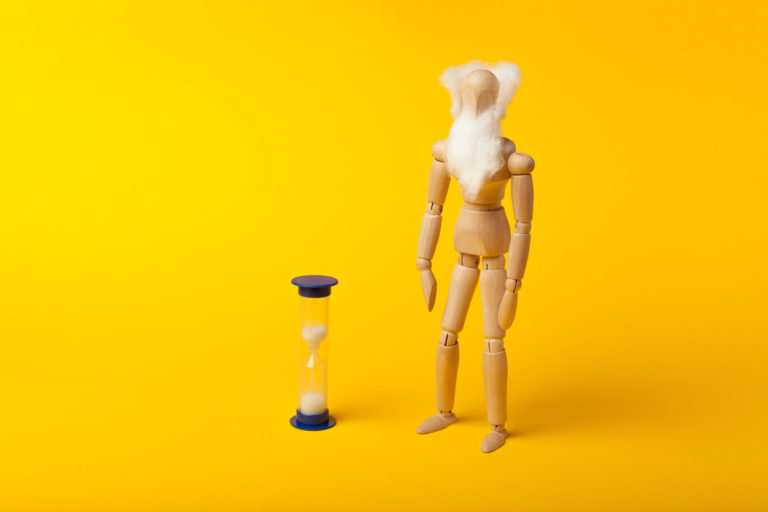 The following will explore theories of aging related to the concept of ‘senescence–’ a process of deterioration with age.  ‘Senescence’ relates to ‘biological age’ but correlates with ‘chronological age.’ Theories of aging and senescence generally split into two categories: ‘damage theories’ and ‘program theories.’18  A third category of theories combining elements of the two principal groupings, termed ‘combined theories,’ will also be explained (see figure above).  Regardless of which theory one uses to explain aging, assuming a single cause of aging is probably incorrect.18  Furthermore, what causes aging for one species may not cause aging for another.  In the words of Pinto da Costa et al. (2016), “…gerontologists may have to face the possibility that there may not be a universal cause of aging valid for all living organisms.”18

According to program theories of aging, evolutionary benefits come from deterioration with aging and having a limited lifespan.8,18  If decay from aging comes from a physiological program as these theories purport, the purposes of this program remain unclear.  Some have suggested aging through physiological programs may be an altruistic plan14,18 with elimination of post-reproductive, aged individuals who would otherwise compete for resources, avoiding overpopulation, and promotion of adaptation through successive generations.13,18  Evidence of programmed death in organisms like yeasts, flies, mice, and salmon hint at programmed aging in higher organisms such as humans.14,18  This has led some to question whether such a program could result in “aging genes.”6  If “aging genes” did exist, they would be susceptible to inactivation for lifespan extension.  Although scientists have tried many genetic alterations (mutations) leading to gene inactivations to extend lifespan, none of these mutations have abolished the effects of aging.12

The foundation of ‘damage theories’ of aging come from ideas regarding evolution as well.  Some evolutionary biologists argue aging comes from a lack of natural selection at the post-reproductive stage of life.11,18  Natural selection entails a process whereby organisms adapt to their environments to survive and reproduce.  In the absence of natural selection pressures, no selection on organisms for maintenance would occur; and physiological damage would accrue.15,18  These ideas imply a cure for aging as repairing damage could slow the aging process.

Some examples of damage theories of aging include ideas about ‘reactive oxygen species,’ oxidative stress, DNA of the cell’s powerhouse (mitochondrial DNA), molecular markers of DNA in aging (DNA methylation), protein aggregation in cells, and indicators of age in DNA (telomeres).  The theory of ‘reactive oxygen species’ (ROS) is a prevalent idea of the damage theories. ROS are produced in cells during metabolism through multiple cellular reactions.16,18  Scientists consider ROS to lead to DNA, protein, and lipid damage in cells.17,18,19,22  The cell’s powerhouse (mitochondria) generate ROS in mammals, and mitochondrial DNA is thought to be susceptible to damage from ROS.3,18  DNA damage to mitochondria can lead to a “vicious cycle” where mitochondria with damaged DNA produce more ROS, which then further damages the DNA.1,18  Another idea is ROS species alter markers of DNA in aging (DNA methylation patterns), which are thought to play a role in stable cellular signal control.7,18  Another damage theory of aging says protein aggregations, such as those seen in Parkinson’s disease and Alzheimer’s disease results from decay of cellular machinery regulating protein levels in cells.4,18 Image from Pinto da Costa et al. (2016)

Other scientific thought from damage theories says instability of DNA (genome instability) plays a significant role in aging.  In this idea, regions of DNA at the ends of chromosomes (telomeres) shorten as one ages. Telomeres have repeated DNA sequences and cannot undergo complete replication during DNA replication in cells.  As such, an enzyme called ‘DNA polymerase’ cannot fully replicate the ends of telomeres.11,18  Since telomere shorten with age, telomere exhaustion occurs as one ages.  With telomere exhaustion through aging, one will encounter the ‘Hayflick limit,’ the maximum proliferating capacity of cells.9,18  Interestingly, introducing an enzyme called ‘telomerase’ in normal human cells in laboratory settings has yielded immortal cell lines, which divide and perpetuate indefinitely.2,18,20

Scientists have proposed multiple theories of aging; however, they have not reached a consensus on the matter thus far.  Many of the suggested mechanisms involved in aging seem to interact with each other.10,18  In order to make sense of the process of aging, scientists must look at the different levels of the biological hierarchy and combine diverse views and theories of aging.  This is interesting, because it reveals how the study of aging and senescence requires further scientific thought and research for future progress in the field. It also indicates answers to many questions in the field remain unclear.  To a certain degree, the cellular processes of aging and senescence are still mysteries.